Previous Next
A Favourite Cornish Walk

Penhale Sands, Perranporth i love to walk with the Trailback dog, Roscoe and his annoying little side kick pup called Blue.

It is a beautiful location, immediately adjacent to Perran Sands holiday park.

It covers a large expanse of rolling country with some deep sand dunes dotted around.
This is one of the largest sand dune ecosystem in Cornwall and a Special Area of Conservation. I get to see some fantastic wildlife up here sometimes.
I have spotted a weasel, an adder, grass snake and some buzzards which are quite common in Cornwall.
There are also some lovely and quite rare flowers up there, my favourite has to be the Southern Marsh Orchid with its beautiful dark pink flowers which you will see dotted across this landscape as you walk late May to June.

You can also see hundreds of the silver studded blue butterfly, it is such a wonderful experience just to walk and think up there.
You can walk up to St. Piran’s Celtic Cross which is one of the oldest stone crosses in Cornwall. 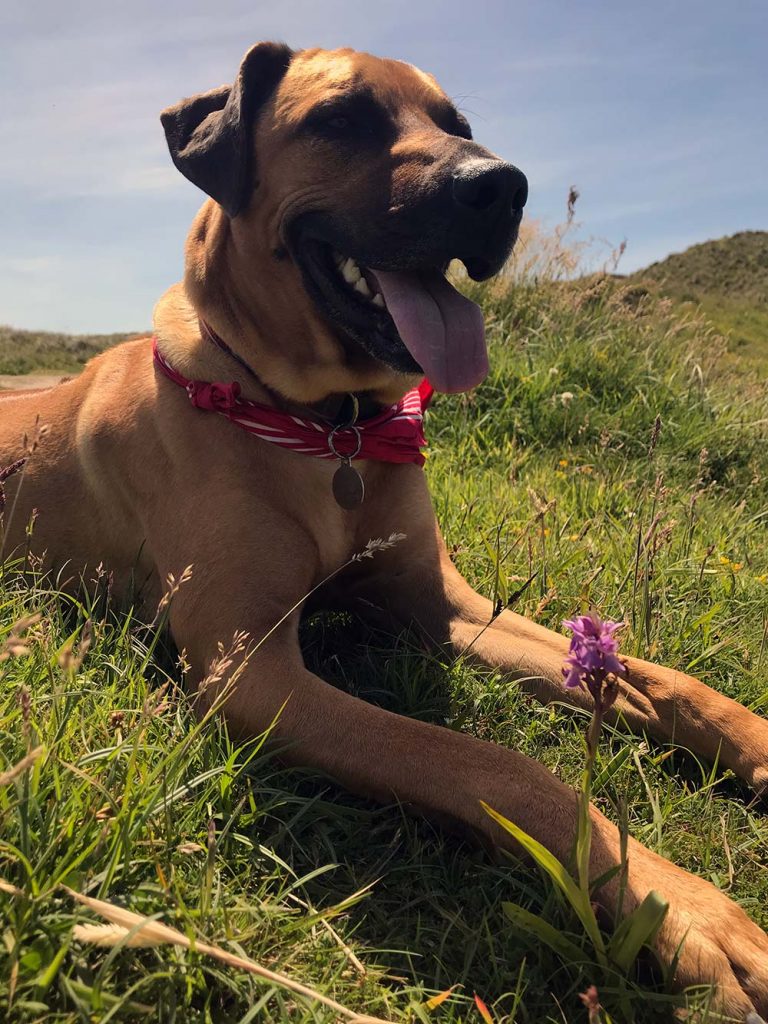 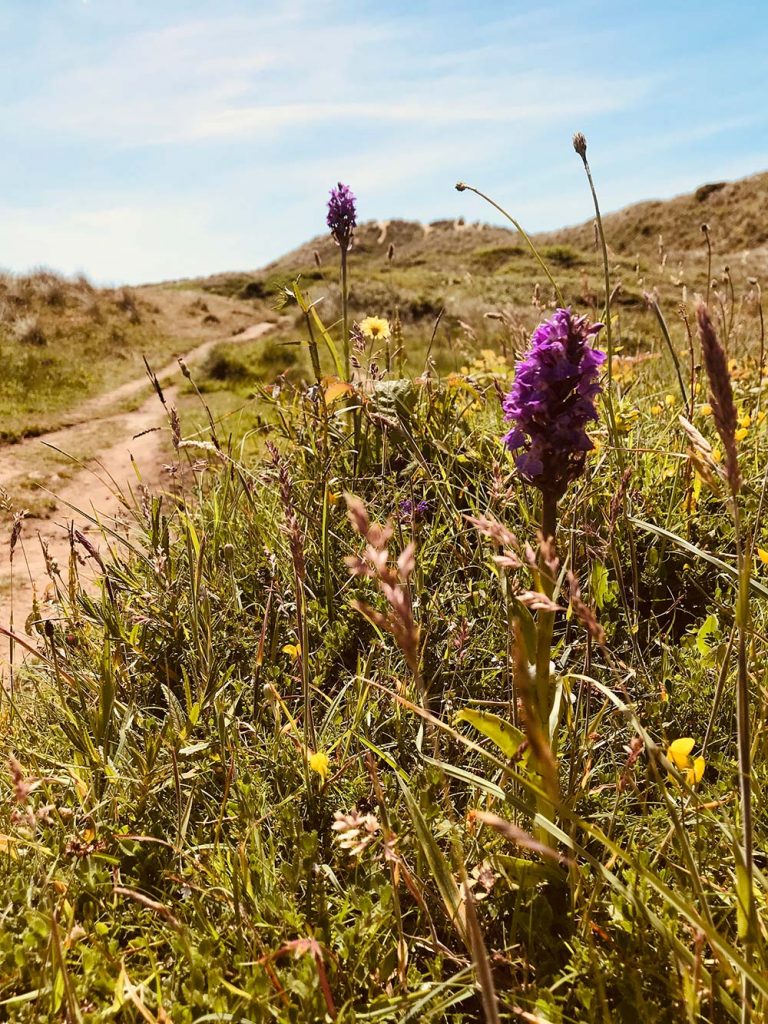 This is believed to be the landing site of St. Piran. This cross has been there for over a 1000 years which makes it a very special place to sit and take in the beauty all around, I always have to touch the stone when I go there because I feel it connects me with the environment and what was once here.

There is the remains of an old church next to the cross which was built in the 10th Century. If you walk on a bit further you will reach the Oratory or lost church as it is called, it was built in the 6th Century and is believed to be one of oldest places of Christian worship in the country.

In its day it used to keep getting buried in the sand, so it was abandoned and the church near the cross was built.
The original Oratory was completely buried by the Victorians in the 1800’s in order to preserve and protect it. It has recently been excavated to show the remains of a very small church. 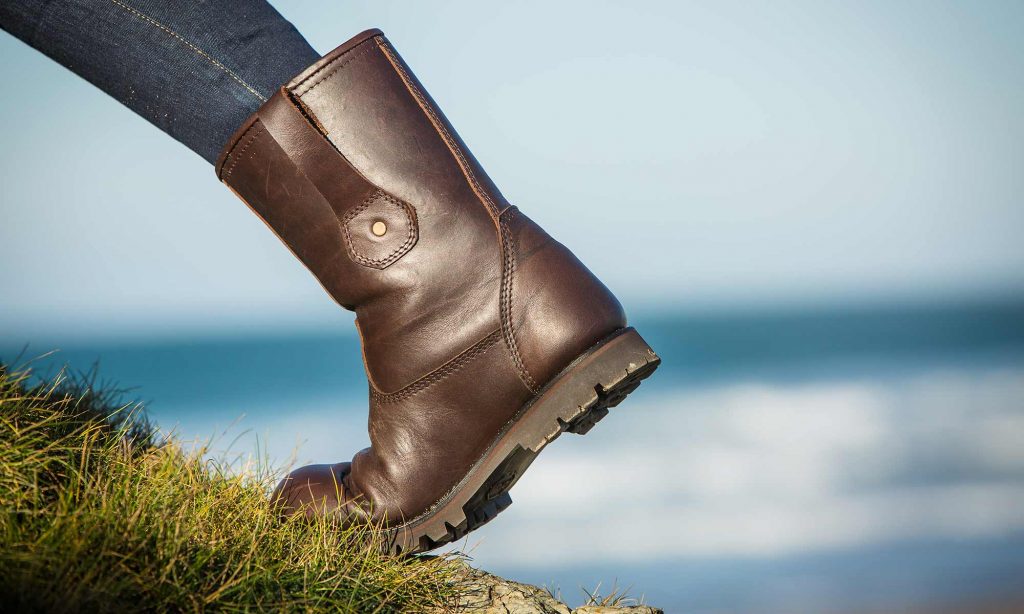 You can carry on walking from here up to the coast path and walk to the very end of Perranporth beach where you will find a fresh water pool inside a small cave that we as a family refer to as Gollom’s cave.
It is a lovely walk and you can go back along the beach and then hike back up the dunes to return to Penhale sands and the Cross.

I do this walk quite regularly and it is a very special place for me.